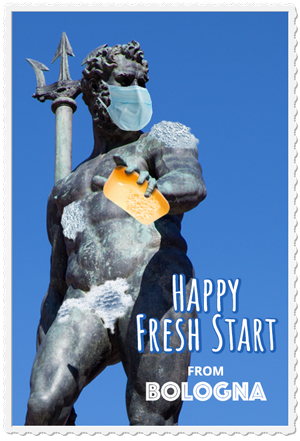 2nd January, 2017 - Bologna, Italy: the famous statue of Neptune called "the Giant" has been censored by Facebook! 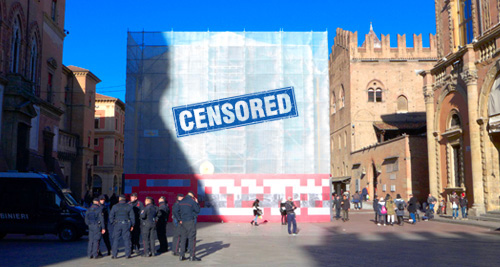 His monumental nudity is a symbol of the city since 1567 but after 450 years it violates the policies of the most popular social network.

Support the revenge of the Neptune!

December 22, 2017 - Bologna, Italy: after 551 days closed in a giant box the Neptune is back. Still Naked and eager to take revenge! 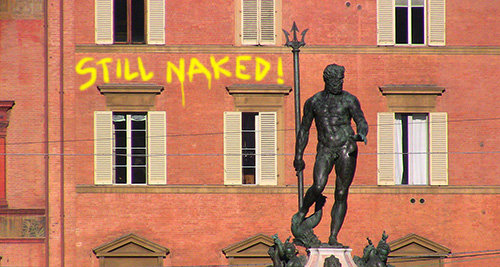 Spread the Naked Neptune postcards and he will bring you Luck!